Our Blog
You are here: Home / Our Blog / Recipes / Grilled Lobster Thermidor Place lobster on board, belly-side down, and cut in half along lengthwise, first through the middle of the head. Turn the lobster and
continue through its tail. Remove the white meat from the body and the intestinal tract from the tail meat. Break off the claws, crack
the shells and remove the meat without breaking it up too much.

Remove the green liver and any red roe from the head section and set aside. Discard the stomach sack. Clean the empty shells well.
Cut the meat into chunks. Return this and any roe back into the shells and place on a baking-sheet.

Melt the butter, add the shallots and cook until soft uncoloured. Add stock, Noilly Prat and half the cream. Bring to the boil, simmer until the mixture is reduced by three-quarters. End up with about 175ml (6fl oz) of liquid.

Add the remaining cream, bring to the boil, then simmer until the mixture has the consistency of a sauce. Whisk in the mustard, herbs and lemon juice. Mix and season.

Heat your grill to high. Spoon the sauce over the lobster meat in the shells then sprinkle the surface evenly with the Parmesan.

Grill for two to three minutes, or until the mixture is golden. Serve immediately. 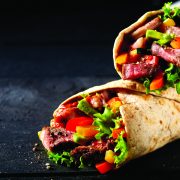 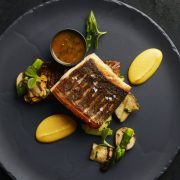 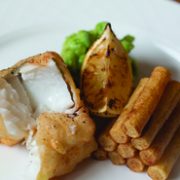 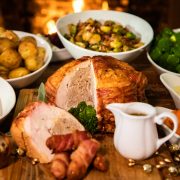 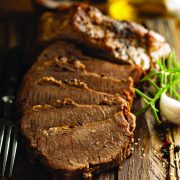 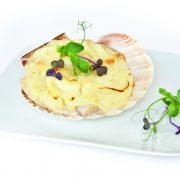 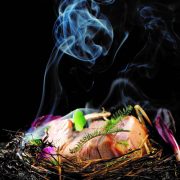 Lamb Baked in Hay with Welsh Mead and Lavender 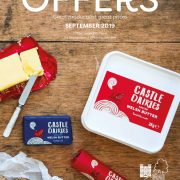 Scallops Topped with Welsh Cheese & Leeks
We use cookies on our website to give you the most relevant experience by remembering your preferences and repeat visits. By clicking “Accept All”, you consent to the use of ALL the cookies. However, you may visit "Cookie Settings" to provide a controlled consent.
Cookie SettingsAccept All
Manage consent

This website uses cookies to improve your experience while you navigate through the website. Out of these, the cookies that are categorized as necessary are stored on your browser as they are essential for the working of basic functionalities of the website. We also use third-party cookies that help us analyze and understand how you use this website. These cookies will be stored in your browser only with your consent. You also have the option to opt-out of these cookies. But opting out of some of these cookies may affect your browsing experience.
Necessary Always Enabled
Necessary cookies are absolutely essential for the website to function properly. These cookies ensure basic functionalities and security features of the website, anonymously.
Functional
Functional cookies help to perform certain functionalities like sharing the content of the website on social media platforms, collect feedbacks, and other third-party features.
Performance
Performance cookies are used to understand and analyze the key performance indexes of the website which helps in delivering a better user experience for the visitors.
Analytics
Analytical cookies are used to understand how visitors interact with the website. These cookies help provide information on metrics the number of visitors, bounce rate, traffic source, etc.
Advertisement
Advertisement cookies are used to provide visitors with relevant ads and marketing campaigns. These cookies track visitors across websites and collect information to provide customized ads.
Others
Other uncategorized cookies are those that are being analyzed and have not been classified into a category as yet.
SAVE & ACCEPT
Castell Howell
Scroll to top